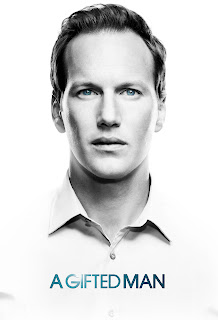 I recently had an epiphany about my taste in TV: I like shows that show doctors being brilliant at what they do.

I liked Scrubs, primarily because I was drawn to the brilliance of Dr. Cox.  I currently am really enjoying Body of Proof, which is the story of a brilliant surgeon, who after a car accident, now works as a medical examiner.  And although I never got into House (for a variety of reasons that don't hurt this theory), I enjoyed the episodes I did see.

Given this pattern in my TV-viewing habits, it comes as no surprise to me that I watched the pilot of A Gifted Man and then immediately watched the second episode.

A Gifted Man (CBS, Fridays 8/7c) tells the story of Michael Holt, one of the best neurosurgeons in New York City.  He starts seeing the ghost of his ex-wife, who challenges him to break out of his wealthy, upper-crust life and get involved at the free, walk-in clinic that she used to run. 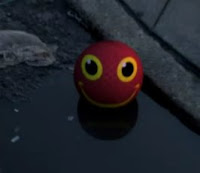 There were a number of very interesting features in the pilot episode--the biggest of which is that Michael doesn't initially know that his ex-wife his dead, and so when he sees her, he treats her as he normally would.  There's a lot of great potential here--it's not clear initially that Anna (his ex-wife) is dead and so there's a lot of that hesitation that Todorov and I are so fond of.  And there's this great, creepy image of a kickball that's associated with Anna's appearances that could be a textbook example of what Freud means when he talks about the uncanny--that which is both familiar and strange.

The biggest thing, though, that had me hooked is how good Michael is at his job.  He's calm under pressure, he juggles lots of patients with ease, and he makes decisive diagnoses.  He is certainly busy, but he treats his patients with respect and with integrity.  I've read reviews that describe him as arrogant or self-absorbed--and sure, he can be a bit of a jerk, but when it counts, he comes through for people.  He gets his nephew out of jail and gives his sister rent money, for pete's sake.  Those aren't the actions of a self-abosrbed jerk.  I feel like I could watch a whole show about him, simply doing his job and encountering interesting cases, week after week.

And that, for me, is also the biggest problem of the show.  If I'm satisfied with Michael as he is currently, then what's the point of Anna?  She is supposed to be offering him a way to redeem himself, but what if he doesn't need it?  What if he's fine without her?

This is a problem that I think the show is struggling with, too, since the first two episodes have been very unclear about what role they want Anna to fill.  Certainly, Jennifer Ehle demonstrated some wonderful acting skills, but her character went from being a spooky, uncanny ghost to being Michael's conscience to being a pesky nuisance, almost there for comic relief--all of which are caricatures of a person, rather than an actual character that I'm interested in getting to know.  And because Anna is defined solely in connection with Michael, she is very limited in how her character can develop, such to the point that I'm not sure she ever could be portrayed as an actual person.  Added to this is the problem of Michael's sister and her shaman friend, both of who play up the "flaky, New Age" stereotype.

This is one show from the batch of new fall television shows that I will definitely keep watching, but I will also stop watching it just as quickly if this treatment of Anna becomes too irritating.