The Creativity of Retelling: A Review of Grimm

Last week, Kat Howard and I posted our thoughts on Once Upon a Time, one of the two new fairy-tale shows on TV this fall.  Today, I take a look at the other--Grimm, which airs Fridays on NBC. 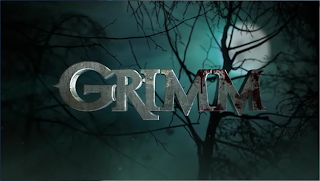 Grimm is a crime/detective drama, and the crime that is the focus of each episode is a reflection of one of the fairy tales from Jacob and Wilhelm Grimm's collection of fairy tales.  I like detective shows (Castle is one of my favorite shows these days, for instance), and so perhaps I'm predisposed to like Grimm, but I'll say it anyways: I really like Grimm, particularly in its treatment of fairy tales.

Each episode of Grimm begins with a quotation from one of the Grimm's fairy tales.  These quotations are from the fairy tale that the crime reflects, but they're not dead-giveaways for the selected story or the plot of the episode.  For example, take the quotations that opens the second episode:

"She looked in the window, and then peeped through the keyhole; seeing nobody in the house, she lifted the latch."

No names, no specific details about setting or characters, and, most importantly, no reference to which fairy tale the quote is from.  I really appreciate this subtlty, and the intelligent treatment of fairy tales that it suggests is something that I see present throughout the show.

The biggest way that I think Grimm treats fairy-tale retellings intelligently is the approach that they take to envisioning these stories in the 21st century.  Rather than trying to reproduce the story exactly as it appears in the Grimms' collection, the TV show instead asks the question: "What concerns does this story address that are still relevant to us today?"  Little Red Riding Hood, instead of being a story about a girl and a wolf, becomes a story about a man who abducts girls and young women.  Goldilocks and the Three Bears is a story about a girl who is curious about someone (or someones) who are different from her; in Grimm, that translates into a story about a family with cultural practices that are both different and dangerous.

I'm also impressed by the way in which Grimm resists casting characters strictly in terms of good and evil.  The main character is Nick Burkhardt, a detective and a descendent of Jacob and Wilhelm Grimm who has the ability to see supernatural beings and whose family is dedicated to fighting them.  While he is clearly fighting for the side of "good," there is a substantial gray area between good and evil.  One of Nick's main helpers in the supernatural side of the cases is a man who is a reformed "bad wolf"--not only is he one of the funniest parts of show, but he also calls into the question of a monolithic force of "evil."  This aspect of the show becomes particularly apparent in one of the later episodes when Nick shoots a "good" character to defend an "evil" character, because that was what required of him as a cop.  It's complicated, thought-provoking, and sets the stage for interesting character and plot developments.

Of course, the show is not without its problems.  The German language is featured in many of the names of the evil creatures in the show--and as someone who speaks German fairly well, I'm a bit concerned by the translations and pronunciations of some of these names.  The show (so far) fails the Bechdel test, and the portrayal of beekeeping in the third episode was factually questionable, at best.

But apart from the complaint about the Bechdel test, my concerns are mostly minor.  And the way the show blends the supernatural and the real in a creative way and provides throught-provoking reworkings of familiar fairy tales makes Grimm one of my favorite new shows on TV this fall.
Posted by Jen at 1:00 PM