The Avengers And Joss Whedon 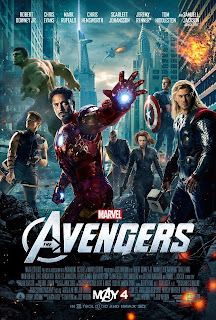 I have a bias.  I think superhero costumes are ridiculous.  I did not read superhero comic books as a kid.  Nor do I care for dressing up like a superhero.  And though I’m a fan of Superman: The Movie from 1978, I still find Christopher Reeve's red cape and large red S on a blue suit to be, well, stupid.  I dare say Hollywood has not improved.  The Avengers, to me, had all the potential of an adult Halloween party taken a bit too seriously.

I admit to never seeing the two Hulk movies, and the cartoonish green muscles in Ang Lee’s 2003 version and Louis Leterrier’s 2008 release look terrible.  I’ll take Lou Ferrigno any day.  Nor have I seen Captain America with his walking flag outfit.  That has to be the most absurd costume in cinematic history.

Despite my bias I did enjoy Iron Man with its realistic portrayal of war profiteering by Stark Industries.  The development of Tony Stark’s super soldier suit seemed, well, plausible.  Yet all the believability built into the first movie is ruined by Iron Man II.  Oh how I detest the introduction of Nick Fury with his black patch, Black Widow with her spandex, and S.H.I.E.L.D with its goal of assembling the most bizarrely dressed people on Earth.

The only Marvel franchise that has any hope left, in my estimation, is Kenneth Branagh’s Thor.  I give the cheesy opera house costumes a pass since the background stage, the universe itself, projects such a sense of awe.  When Odin’s army begins the movie by coming to Norway to fight off the Frost Giants, the whole comic superhero evaporates into a tale of ancient aliens.  Nice.  It’s easy to ignore S.H.I.E.L.D. since it plays such a minor role with its cameo by Hawkeye.  All I want is a sequel that delves into other advanced species of the universe.  But no.  Instead Marvel Studios reduces the thunder god to fighting with mere mortal superheros.  Why oh why did they have to ruin the Thor franchise with this orgy of comic book nonsense?  So I would have blown The Avengers off, but then I learned who wrote and directed it: Joss Whedon.

I put my bias on hold.

Though I have not seen every season of Whedon’s TV series Buffy The Vampire Slayer or Angel, I enjoyed watching most of them.  I became a big fan of his fourteen episodes of Firefly and the subsequent Serenity movie.  For whatever reason, I like Whedon’s thought process.  And thoughout The Avengers, his thought process addressed all my concerns.

First, the cartoonish/funny looking rendering of the Hulk.  Most of the screen time went to Bruce Banner, rather than the Hulk.  Good move.  I overlooked the Hulk’s CGI because that “smash something” character had two of the funniest moments in the film.  I don’t know how Eric Bana and Edward Norton performed as Bruce Banner, but I do know Mark Ruffalo is perfect in the part.  It reminded of the 1970s series that revolved around not making Banner angry.  I had the suspense of wondering, “What will happen when Ruffalo finally loses his cool?”

Second, Chris Evans made me happy when his Captain America character asked if his costume wasn’t “a little old fashioned.”  His throwback habits had me laughing:  giving a tip to Nick Fury or brushing off the “gods” of Asgard by saying there’s “only one god.”  His throwback to WWII patriotism was used by Whedon to pull me in.

Third, Whedon gives Nick Fury’s character substance.  The guy is behind a secret arms program that goes way beyond the Manhattan Project.

Fourth, Black Widow is a femme fatale.  When she tells Loki that “love is for children,” I couldn’t help but smile.

Fifth, Hawkeye is subverted by Loki to infiltrate S.H.I.E.L.D.  He’s not just another expert marksman, he can be an organization’s worst nightmare with his Gatling gun-style quiver with arrows that send bombs and arrows that interface with computers.  Awesome.

Sixth, Whedon has Thor battle just about everyone to demonstrate that he is fighting with more than mere mortals.

Seventh, all the story-lines of the previous characters are woven together.  The Frost Giant invasion of AD 965 is defeated by Odin.  This time Thor, the son, get his chance to repel another alien invasion in AD 2012.  Captain America has a history with the Starks;  Hawkeye and Black Widow have a past together.  Even the brain power of Bruce Banner and Tony Stark are fun to see in the same room.  I like how Captain America, with whatever super serum he was given, is connected to Bruce Banner who is unable to replicate it and thus doomed to a life as the Hulk.

In sum, as Steve Jobs would say, it just works.  The Avengers is fun to watch, and if you have missed some of the other movies like I have, the dialogue is such that you are caught up to speed.  I’m still not a fan of these superhero costumes, but I am a fan of what Joss Whedon has achieved.
Posted by Jen at 6:00 AM