Imagine There's No Heaven: An Interview with Ofir Touché Gafla

Last week, we featured a giveaway of Ofir Touché Gafla's The World of the End, a novel that tells the story of a man who travels through the afterlife in search of his dead wife.  Today, we are excited to announce the winner of the giveaway: Chris from Massachusetts.  Congratulations Chris!

We are also honored to be able to feature an interview with Gafla, in which he talks about fantasy, religion, Shakespeare, and what he's working on now.  Enjoy!

Jen Miller: Your novel, which tells the story of a man who commits suicide to be with his wife in the afterlife and then embarks on a quest to find her, resonates with a wide variety of other texts.  While reading, I thought quite frequently of What Dreams May Come--the 1978 novel by Richard Matheson, which was then made into a movie starring Robin Williams in 1998.  One review I read compared it to Odysseus' journey to the underworld in Homer's The Odyssey.  Were there texts that had a strong influence on your creation of this novel, either as inspiration or in a more subtle way?

Ofir Touché Gafla: I always take great pride in my sources of inspiration, but strangely enough I haven't read the Richard Matheson novel and if some Homeric effect had infiltrated my mind while writing my novel, it was probably subconscious, since I had read The Odyssey back in my early twenties. 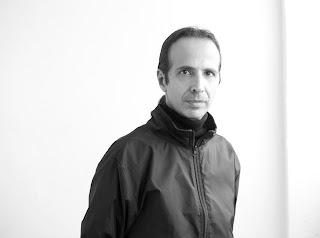 Ofir Touché Gafla: When coming up with the rules and regulations of The Other World, one fact was very clear to me: I promised myself no religious elements would be involved in that world. I do believe we've had enough of those in our good old world, right? I was interested in writing about a world that is devoid of religion, no heaven or hell, and certainly no judgments, reproaches or any such ungodly nonsense. I find it funny that people usually attribute religion to any post-mortem existence, just as I find it strange that people connect God with religion. As far as I'm concerned, if there's a god, he/she/it (or probably all three in one) has got nothing to do with religion, which is a human invention born out of fear and a need to feel less lonely in this world. One might also argue that God is a human invention, but that's beside the point. I have always felt that religion is an esoteric phenomenon that has taken too great a hold on this world, and while writing this novel wanted to pose an alternative to all other versions of afterlife existence. Surprisingly enough (or perhaps not) many religious people have demonstrated a suspicious fondness for this novel, which made me quite happy.

JM: The English title of your novel, The World of the End, is a very clever play on words that really captures the essence of what your novel is about.  Does the Hebrew title, Olam Hasof, convey a similar sort of meaning?  Along similar lines, how big of a role did you play in the translation of your book?  What was the most interesting part of the process for you?

Ofir Touché Gafla: Yes, it also works beautifully in Hebrew. I know that certain people might think I was trying to be too clever with the title of the novel, but when it came to pass, I wasn't really thinking about the nice wordplay as much as I wanted a title that will suggest a world whose basic premise is it being regarded or construed by dwellers of our world as the end, whereas End could be a place of sorts, a defining name for another form of existence, a universe which starts after the final moment of our life, as we know it. I was thinking of it more along the lines of B.D. (before death) and A.D. (after death), death being a turning point.

As for the translation, I was very involved in it, and I'm ever so grateful to my wonderful translator, Mitch Ginsburg, for his endless patience. In the Hebrew version there are many puns and plays on words, and some of them obviously might get lost in translation. For example, Ben's profession (Righter) in Hebrew is a word I invented but which works wonderfully well: Sofer is a writer and Sof is end so I came up with Sof-er which is very funny. However, every translation allows you a sense of freedom and I believe that the word I found for the place where you can take your tapes of life works even better in French than in Hebrew. I called it Vie-deo instead of Video, since vie is life in French and yet you don't need to speak French to know that.

JM: Two real-world authors who play a big role in The World of the End are William Shakespeare and Salman Rushdie.  Why these two?  Are they just personal favorites, or do you see similarities between them that made them clear choices for the story?

Ofir Touché Gafla: Well, yes, they are personal favorites, but they came naturally to my mind while I was writing the novel. Some writers are a universe unto themselves, both in terms of story as well as language, and I believe Rushdie and Shakespeare sort of functioned as two independent worlds, regardless of the people behind the art. I think that whenever people think about them, their wealth of work comes to mind rather than something else, and I also was intrigued by the concept of eternity relating to these two great forces of writing. Shakespeare (whose humanity I question thanks to his unbelievable genius) is dead but more alive than many writers and playwrights who profess life and Rushdie (whose humanity I embrace thanks to his unbelievable genius) is a man who lived under a cloud of death for a long time and yet never flinched from speaking his mind and continued to write, putting the L in life like no other and kind of gaining an everlasting quality by the very fact of his personal victory.

JM: What are you currently working on?  And for readers who have read The World of the End and want to read more of your work, do you have any particular favorites of your own stuff that you would recommend?

Ofir Touché Gafla: I just started working on my sixth novel, which I'm extremely excited about but which will unfortunately take forever to write (forever is at least two years) since it is very complex. I would have told you about it, but it has always been my policy not to divulge anything while going through the creative process.

As for my other works, well, without meaning to sound overly sentimental, I like them all, mostly because they are very different from each other. Some writers' books are twins, others' are siblings. I hope that in the not too distant future they will all be translated into English so that you could read them. Obviously I'm very excited about my fifth novel - The Book of Disorder, which came out (in Hebrew) four months ago, since it is my newest work and tells the story of a man who embarks on a life changing journey into his psyche after a surprise visit from a mysterious man from his past. I could also recommend The Day The Music Died, which will probably (and this is a very uneducated guess) be my next novel to be translated into English. It tells the story of Dura Mater, a young woman who lives in Inoville, a city like no other.

Photo of Ofir Touché Gafla by Yanai Yechiel.  Used with permission.
Posted by Jen at 10:00 AM