The Challenges of Retelling: A Review of Once Upon a Time

There are two new fairy tale shows on TV this fall--ABC's Once Upon a Time and NBC's Grimm.  In this post, Kat Howard and Jen Miller share their thoughts on Once Upon a Time; we'll be covering Grimm sometime next week.
Kat Howard: 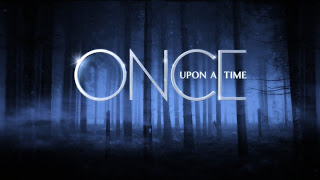 I wanted to like Once Upon a Time. I really did. Retellings of fairy tales are one of my favorite things, and they are the kind of favorite thing I actively seek out, so I was thrilled to hear about the show. Unfortunately, I think it is precisely my enthusiasm for the genre that prevents me from being able to watch Once Upon a Time with pleasure.

Once Upon a Time seems perilously close to Bill Willingham’s comic series, Fables, to me. I understand that with ideas, what matters is the execution, not the conception, but the overlap is so large that I did research to discover what role Willingham had in this new series, and was surprised to learn that the answer is “none.” So part of my problem with the show is that I feel like I’m watching a simplified version of something I’ve already read.

But my other problem with the show is that, as happy as I am to see a genre show (with a lot of network support – there are big names in the cast, and the show is visually gorgeous, so I am assuming the budget is solid) on a major network, it feels like a genre show that has forgotten there are genre fans in the audience. I think that, if I were someone who hadn’t thought about fairy tales since I had read them as a kid or seen the last Disney movie, that I would love Once Upon a Time. But as someone who has steeped myself in them, there’s nothing new for me here.

I, too, have some problems with Once Upon a Time.  My biggest concern has to do with the fact that the real benefit of fairy tale retellings is that they can add complexity to the original story, and I don't see that happening in Once Upon a Time.  This is particularly noticeable in terms of characterization.  Fairy tales deal in archetypes--the evil stepmother, the heroic prince, the poor girl with a heart of gold.  The bare-bones nature of this characterization is a key part of the story in that it allows readers to mold the story to fit their circumstances, but if a retelling is going to be successful, it cannot simply parrot these basic forms. 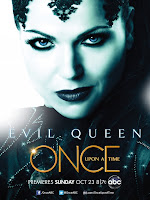 Unfortunately, this tendency toward parroting seems to be the path that Once Upon a Time is heading down.  Snow White is as innocent and pure in the 21st century as she is in the fairy tale, and the wicked queen is, well, still very wicked.  There are hints at what might have happened to make her this way, but there is no suggestion that her wickedness is just a misunderstanding, or perhaps a mask to protect a vulnerable side.  Particularly since there are so many wonderful fairy tale adaptations out there that explore the potential complexity of these fairy tale characters, the portrayals of the characters in Once Upon a Time seem lackluster and flat.

My other concern--and it's not a problem yet, although I don't see how it's going to avoid being one--is the pacing of the show.  The tension driving the show forward is how Emma is going to be able to defeat the wicked queen.  But once that happens, the show seems to suggest that things will go back to normal--everyone will remember their fairy tale identities and things will revert back to the original fairy tale world.  And what will happen to the show then?

Since the show doesn't seem interested in creating complex identities for these fairy tale characters, it doesn't seem likely that it will explore how being part of the "real world" would affect Snow White and company upon their return to their fairy tale world.  Which means, then, that the show will have to maintain the Emma/evil queen tension for the duration of the show.  And to me, dragging that tension out over anything more than a season would seem ridiculous.  The very nature of the plot seems more like a mini-series to me, rather than a full-fledged TV series, and I'm interested in (and concerned about) how they are going to pull that off.
Posted by Jen at 1:00 PM