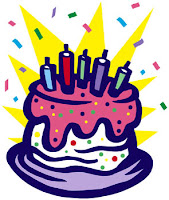 This week, we are thrilled to be celebrating our one-year anniversary!  Last year on June 1st was our official launch date, and since then, we are proud to have brought you new, exciting content about fantasy and science fiction in all its forms twice on every weekday.  We are so grateful for all of you who read our site, contribute articles, and post your thoughts--without you, the community that is Fantasy Matters would not exist.  We are excited by many of the conversations that have been started here, and we look forward to another fantastic year ahead.

In case you've just joined us recently, or even if you're a long-time reader, we'd encourage you to go back and check out what we've done in our first year on the Internet.  Here is a look at some of our favorite posts from 2011; 2012 so far has brought wonderful content as well, including a post from Genevieve Valentine on the costumes in The Hunger Games movie, a preview of Jack Zipes' new book The Irresistible Fairy Tale, and  guest posts from Nalo Hopkinson and Saladin Ahmed.  We've interviewed Nick Harkaway, William Alexander, and Carl Turner. We've shown you the fascinating artwork of Berndnaut Smilde and Ulrike Kestere.  We've shared our thoughts about new works of fantasy and science fiction, including David Kowalski's The Company of the Dead,  George R.R. Martin's A Dance with Dragons, and Bethany Griffin's Masque of the Red Death.

And that's just the beginning!  We've also looked at the Humans Vs. Zombies game that's played on college campuses, dedicated a week to celebrating the 50th anniversary of Madeline L'Engle's A Wrinkle in Time, analyzed the deleted scenes of the Star Wars prequels, and talked about the importance of research when writing fantasy.  Heather Whitney wrote about the importance of fantasy literature in the age of technology, Philip Ilten talked about Terry Pratchett and the Higgs Bosun particle, and Marcos Faria shared some highlights from the fantasy literature of Brazil.  It's been a wonderful year, and we are so happy to have been able to share all of this (and more!) with you.

So, what are we going to do to celebrate?  Well, I'm so glad you asked!
We'll start things off this afternoon with Adam Throne's look at the science fiction films of 1982 and what has changed in the genre in the 30 years since then.  Matt Rasmusson will review Subterranean Press's edition of The Providence Rider, and Adam Porter shares his thoughts about why fantasy does matter, particularly in the classroom.  The big celebration comes on Friday, where we'll have a special surprise for you--so make sure you come back and see what we have planned!

And again, thank you.  We have all immensely enjoyed this past year, and greatly appreciate having an audience with whom we can share our thoughts.
Posted by Jen at 6:00 AM